Odors can and will permeate your home or office over time, and SERVPRO® of West Amarillo is Here to Help!

Removing odors from buildings presents a challenge as odors result from airborne chemicals, gases, or tiny particles lodging themselves into porous surfaces.

number of odor particles that will penetrate.

Removing Odors-tools in our toolbox

and crevices, where odors are present.

Steps in mitigating the offending odor.

Call SERVPRO© of West Amarillo 806-331-4555. We have the tools and the experience for all your mitigation needs!

Print this out, and put on your fridge-or wherever -to help you remember!

As we continue to deal with the effects of COVID-19, SERVPRO of West Amarillo recommends the daily cleaning of the following items (in accordance with the CDC recommendations): 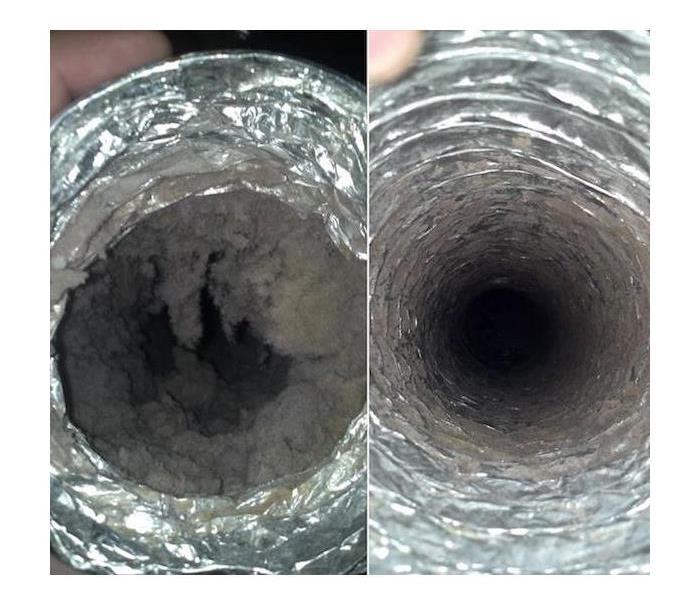 Buildup of lint in a dryer vent can cause a lot of problems. This lint buildup can cause longer drying time for your clothes, a higher utility bill, or even a house fire. It is important to get routine cleanings of your dryer vent, and here are just a few reasons why it would benefit you and your family:

The amount of money you may save and peace you may gain is even more reason to begin the new habit of getting dryer vent cleanings. If you would like to schedule today, please call SERVPRO of West Amarillo at 806-331-4555!

The Benefits of Air Duct Cleanings:

As experts in deodorization, SERVPRO of West Amarillo Professionals are trained to identify and eliminate offensive odors. These odors can come from a number of sources both inside and outside a structure.

SERVPRO teaches IICRC technical classes in the proper removal of odors. Masking and other short cuts don't work when your problem is serious or persistent.

SERVPRO of West Amarillo has the training and equipment to identify and eliminate these offensive odors. By identifying the cause of the odor and determining the conditions in which it contacts any surfaces, the odor an be removed over time without a trace.

The science of identifying and eliminating odors can be a tricky thing, so give SERVPRO of West Amarillo a call (806)331-4555, and leave the situation to us.